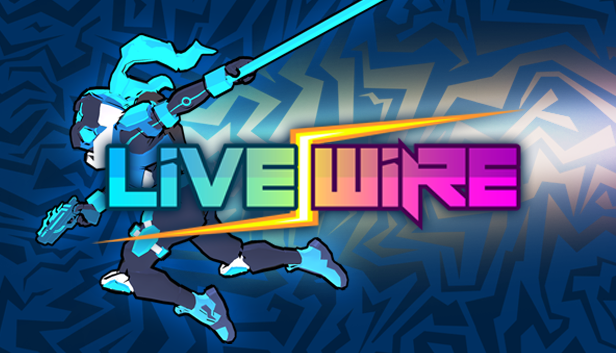 Live/Wire is a free multiplayer first-person shooter that I have been working on for the past school year as part of Champlain College's Senior Capstone curriculum. Starting in our Fall semester 2020, myself and a group of students worked on the basic prototype for Live/Wire, mainly focusing on the gameplay mechanics and systems at first rather than diving straight into setting up a multiplayer game. Specifically for myself, at that point in time I was working mainly on the base player mechanics for the game, such as the functionality for the player's health, the ability for the player to charge their weapons, and the basic weapon inventory setup. I was also learning the Unreal Engine that we were using at the same time, since I did not have much experience developing in it prior to this project. The Fall semester ended with a Greenlight showcase, where all the schools's senior teams showed off their projects to see which teams would be moving on to the next semester and which would be cut and their members sent to different groups. Our showcase of Live/Wire was promising enough for the faculty judging the games that they allowed us to continue working, this time with a bigger team that would allow us to expand upon our prototype and create a fully-fledged game.

Now, with a bigger team and more resources, we as a group needed to restructure the formation of the team so production could continue smoothly. Since I was an original member of the team, now called Wild Village Games, and had proven myself to be a competent and experienced programmer, I was promoted to Lead Gameplay and Systems Programmer, one of two lead programmers (since the scale of our game was quite big, we decided to have two lead programmers; one for gameplay and systems, and another focusing solely on the networking and multiplayer side of the game). Being a team lead was a new experience for me, which came with both challenges and learning opportunities. I was able to gain experience in communicating with other people on the team, both other programmers as well as interdisciplinary communication with other members of the team, such as our artists and designers, when additional communication was necessary. I was also able to work on other sections of the game that I was interested in during our second semester. For the majority of the spring semester 2021, I focused on creating developer tools to be able to tweak variables on the fly so our game designers would not have to look in the codebase to change and balance the game. I successfully create a console-command based system, where developers would have access to a variety of commands that could affect various aspects of the game, such as weapon damages and charging values, player health and movement speed, and more. I had also planned on working on a system that would allow developers to watch gameplay back, as well as a heatmap that could be generated with gameplay data; unfortunately, however, these features were just a little too out-of-scope for the time we had left in the semester, so we were not able to finish them in time. I also helped out in other aspects of the game; since I had been working on the game for the entire project, and had gained knowledge of most of the existing codebase, I was able to help fix issues in many different areas of the game, as well as add functionality for different parts of the game, such as adding much of the tutorial level's functionality and setting up the options menu to affect parts of the game.

Looking back at how Live/Wire has evolved over the course of the year, I am immensely proud of what we have created, as well as what I have been able to contribute both as a programmer and a team lead. If you would like to check out Live/Wire, you can find us on Steam (or click here). If you would like to find out more about Wild Village Games, our team behind both Live/Wire and other games, click here!